CLF Dynamometer in compression. Nominal loads up to 5mn 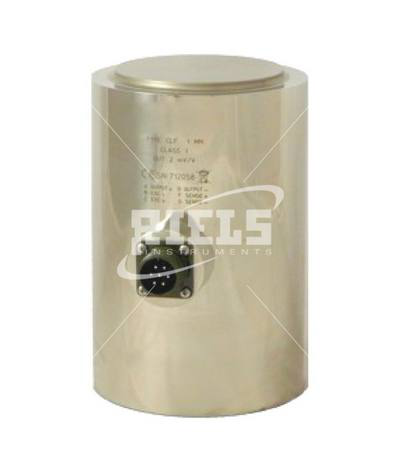 The operation of the load cells and dynamometers is based on a single concept: the force applied on the device determines voltages proportional to the stress on the structure itself which are transformed into an electrical signal through the use of strain gauges.
Wide assortment and numerous fields of application.

We can split cells in: cell compression, traction cells, cell-way, off-center.
Very important, for all of these types of cells and dynamometers, is LASER welding which ensures high protection of the inside and then life of the device.

The compression load cells are those which are subject to the load in one direction of compression and are used for example in applications such as weighing silos, weighing platforms for motor vehicles, but also in many other uses in the most different environments.
Also the cells to bending are unidirectional, widely used in industrial environments, such as cell type F1 sold with success on the market for decades and well protected by a fully welded bellows LASER.
The traction devices, on the contrary, are those subject to traction only.
The dynamometers or load cells are widely used for overhead crane or hoppers.

The bidirectional load cells are instead used where the force applied may be either that compressive stress.
Example: moving mechanical parts, such as pistons or, for dynamometers, machines, materials testing machines and so on.